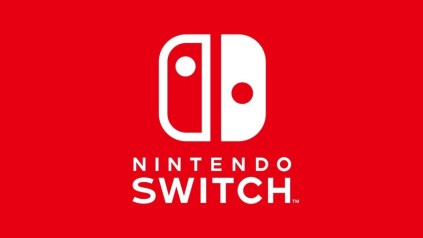 Nintendo unveiled their upcoming home/handheld console this week, a machine that put versatility at the forefront. While presented primarily as a home console, it is clear that the Switch (previously known as NX) is also meant for a variety of other uses through its detachable controllers that can accommodate single or multiplayer experiences. In addition, by featuring the logo multiple times over the duration of the unveiling video, Nintendo is making sure that the name “Switch” is fully penetrating market consciousness a long time before its release (unlike what they did with the Wii U). In fact, the rhythm of the video is very much dictated by appearances of the logo, and the later is itself punctuated by a sonic hook embodied in the sound of the hyōshigi. Tchak!

My first thought watching this video was to speculate as to the link between the console itself and this traditional Japanese musical instrument. While the hyōshigi is used for music and religious ceremonies, it is primarily used in traditional theater performance to signal the beginning of a play. Its use thus evokes traditional arts and crafts, from both the classical and popular sides of Japanese culture. Drawing from such elements is not completely surprising in the case of Nintendo. The company is, after all, firmly rooted in Kyoto, the traditional arts capital of the country. 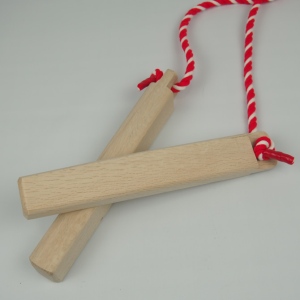 The hyōshigi is played by smashing two blocks of wood together to generate a single sharp note. The rhythm at which one hits the blocks together is what turns these blocks into a usually short musical performance. But beyond music, it is striking how similar the design of the console’s controllers is to that of this musical instrument: two blocks of plastic equipment with various buttons (Joy-Con) that can be attached to either a main controller unit (Joy-Con Grip) or a tablet, thus turning the devices into either a potent home console controller or a handheld machine. 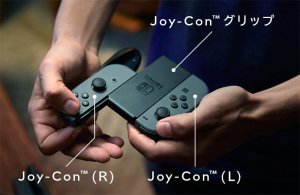 I might be reading too much into this, but there seems to be a connection between the hyōshigi’s as a instrument that signals the beginning of a performance and the  Nintendo Switch’s signature controller. As a an object designer, Nintendo is most likely consciously creating this marketing narrative around the metaphor of the Switch’s controller (or the action of attaching them to another device) as the start of the gamic performance. Doesn’t the video end with the glorification of the idea e-sport, which is itself a large-scale performance in front of an audience? Perhaps a message that consumers outside Japan will not catch on, but a metaphor that could be efficient locally.